The past couple days, folks back in Nebraska have been telling us that they have smoke in the air there. Figuring it was from a prairie fire that would be snuffed out, I’d not thought much about it.  But, tonight, one Nebraska buddy wrote to say that the haze smells like pine trees burning. Curious!

Well, figuring, then, that there was a forest fire in Colorado and smoke was blowing over from that, I decided to do some Googling to see where. We have friends and family in Colorado. That is when I came upon this article by Taylor Pannell for KNOP News.

Apparently, the smoke in Nebraska is coming all the way from the fires in the north! Then, I got curious just how far reaching this smoke really is.  It is across a good portion of the U.S.  Here’s an article explaining it.

Here’s a map of the fires (from the B.C. Ministry of Forests, Lands and Natural Resources Operations) that was posted on the NBC News article: 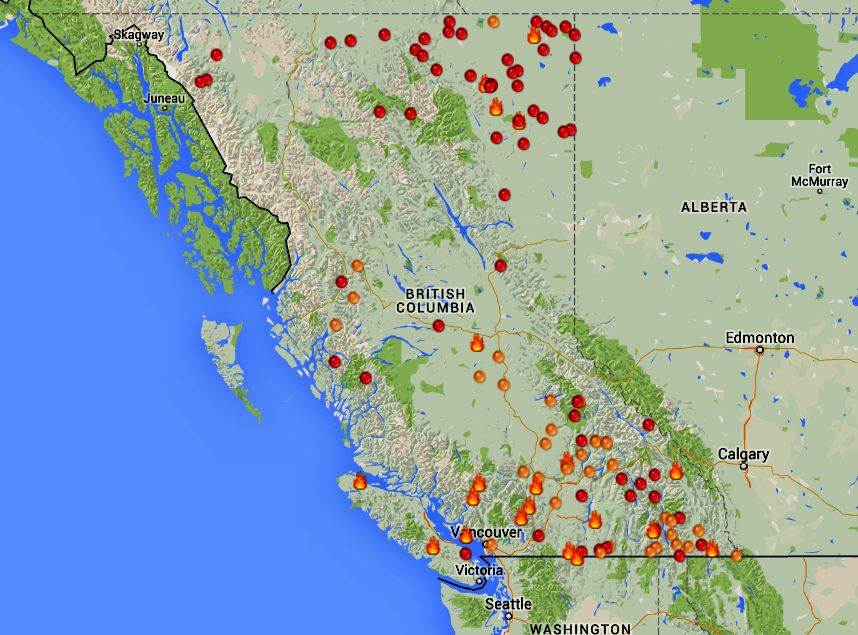