Today, there’s smoke!  It is amazing to see how quickly the islands are engulfed in it!  On his post, Steve posted his series of hazy photos he took this afternoon, once an hour in order to show the progress of the smoke.  He also posted his photos of the Fourth of July Parade that was enjoyed in the clear skies of yesterday.  We hope everyone had a safe, thought-provoking holiday. 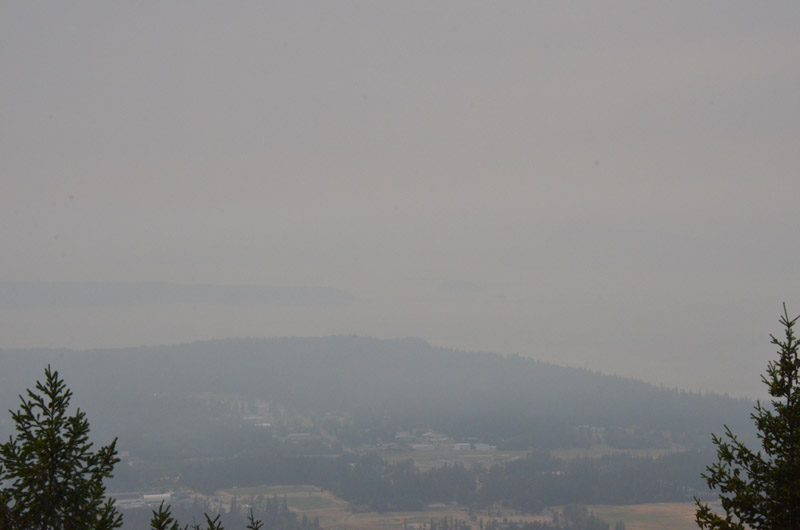 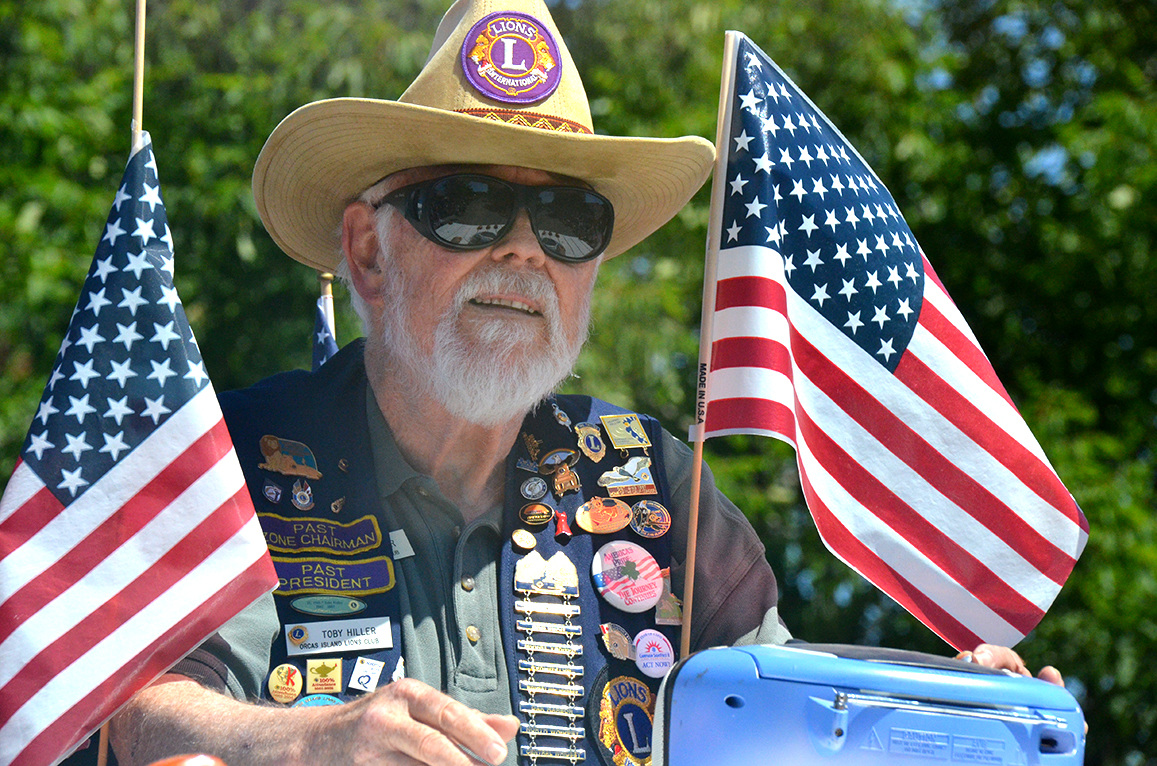 We see that it was 101 degrees back in Nebraska today.  Our islander guests with whom we watched last night’s fireworks asked if we’d been watching the temps there.  My answer was that I hadn’t looked it up nor asked, for I’d already been feeling guilty for enjoying island temps while loved ones were melting.  It is quite dry here, though, and fireworks have been banned for private use.  Deer Harbor, Eastsound, Friday Harbor, and Lopez Island all had public firework displays, though.  It is interesting to watch the private boats gather in East Sound, hoping to get “good seats” for the show. When the time comes, then, a barge is sailed out into the water and the fireworks are launched from there.

[Last year’s photo of one of the launches from the fireworks boat.]

After our excursion to America (as some witty islanders put it), we no longer have the “Green Acres” phone issues. One phone is still on the old network (so it’ll work whenever we’re back in Nebraska); the other is now a Washingtonian. The big news is that not many days after we returned to our island home, we saw boats gathering in a circle just north of the Orcas Island airport. The circle was slowly making its way east and, in the midst of the circle, there was a small ring of splashing.  We grabbed binoculars and Steve’s camera with the telephoto lens. Making all the splashes, about 2.5 miles north of our house, were orcas! Our first sighting! We share Steve’s photos of the event below, but here’s a link to a page dedicated to watching them and taking close-up photos. 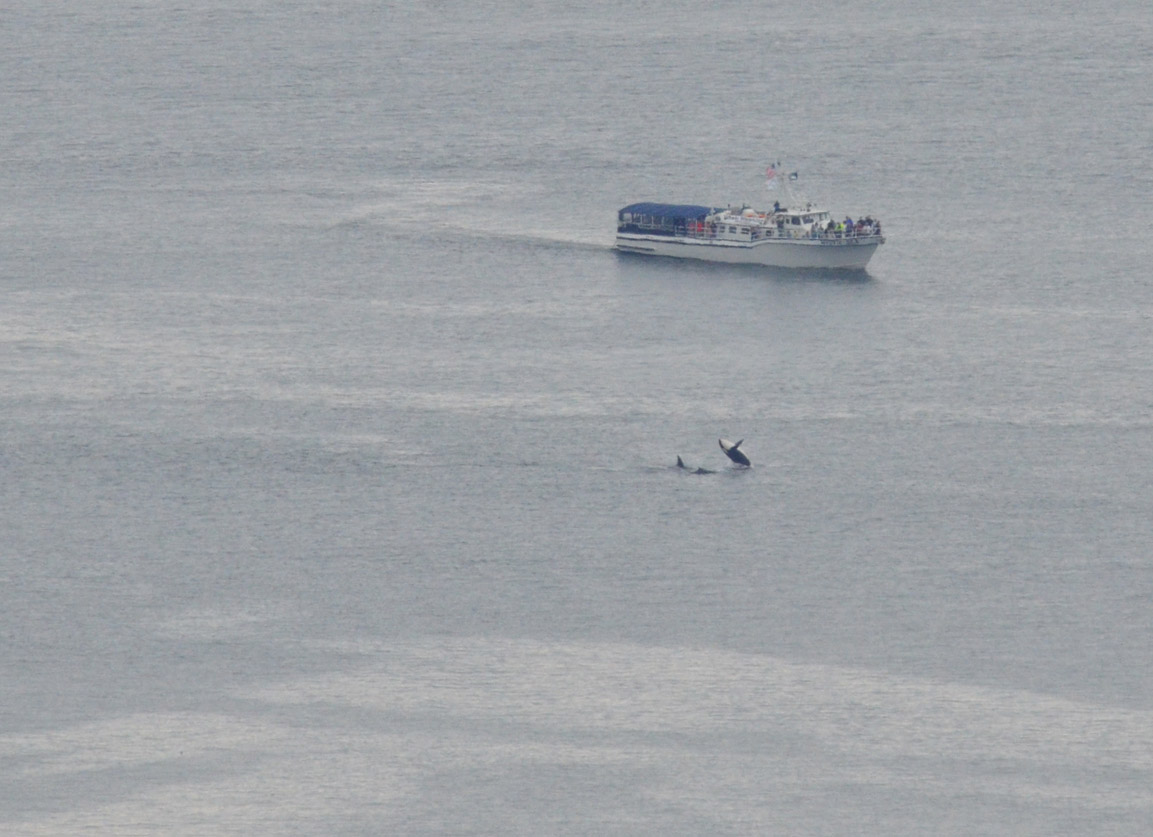 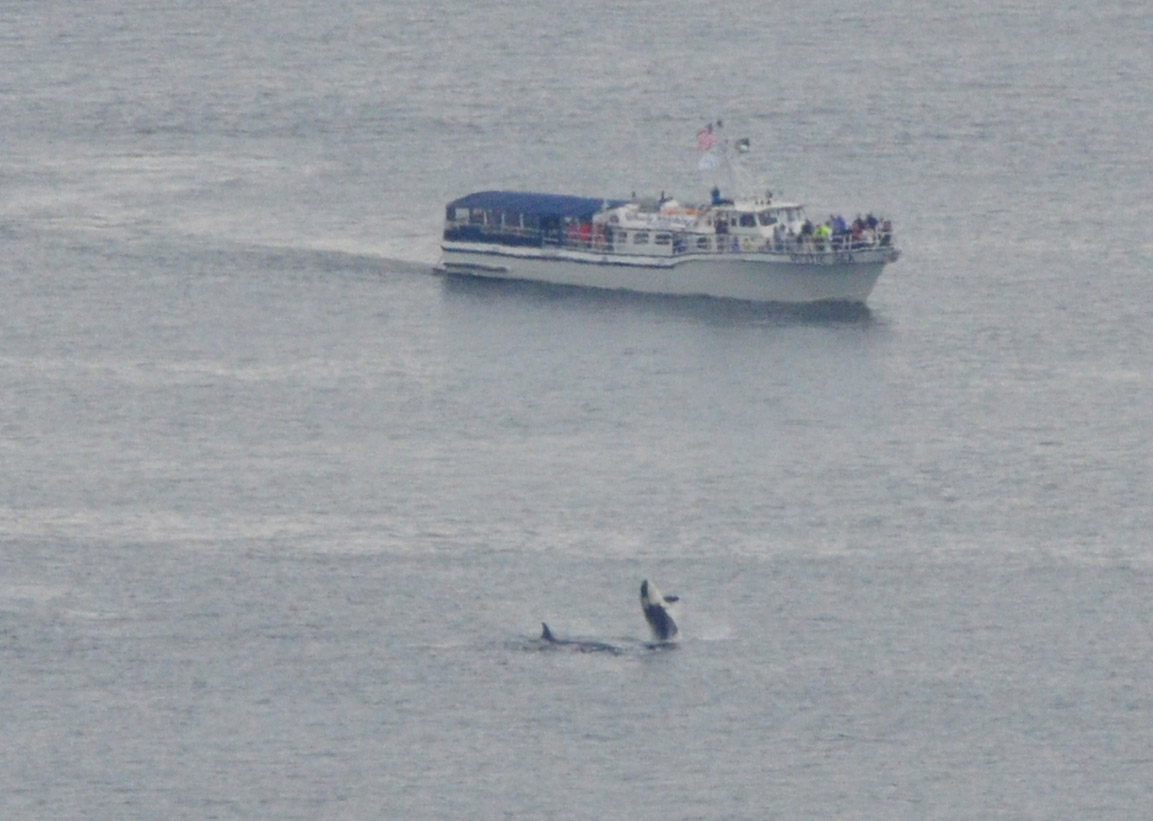