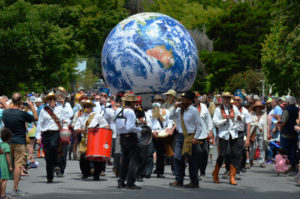 Orcas Island loves parades. One of the most popular is the Independence Day parade that was held on July 7th this year. I like to talk to people and take some photos as they line up for the parade. And some of the people along the parade route are interesting as well. A few kids along the way, wanted to borrow my camera and some of the photos here were taken by them. I add their name in the description when that happens. There are a lot of photos, more than most will probably want to look at but if you were in the parade or didn’t get to go to the parade, it gives you a way of seeing the great diversity here on the island. Hope you enjoy.

You can see the full album at:  https://flic.kr/s/aHsmnY8F4h